Switch Pi on – do a job – Switch off again – repeat

I was at a mates house and he’d had a new door installed without letterbox in it so he had to have an external letter box fitted.

The problem, he said, was that they know didm’t know if post had ben deleiverd and he had to keep opening door and looking inside the letterbox to check.

I thought – what he needs is a micro-switch on the letter box flap feeding a PiZero that can send a txt/email once post has been put into the letterbox.

Problem is that the batteries wouldn’t last very long so I started to search for a device that would latch power once triggered but could then be returned to an off state so as not to drain the battery. 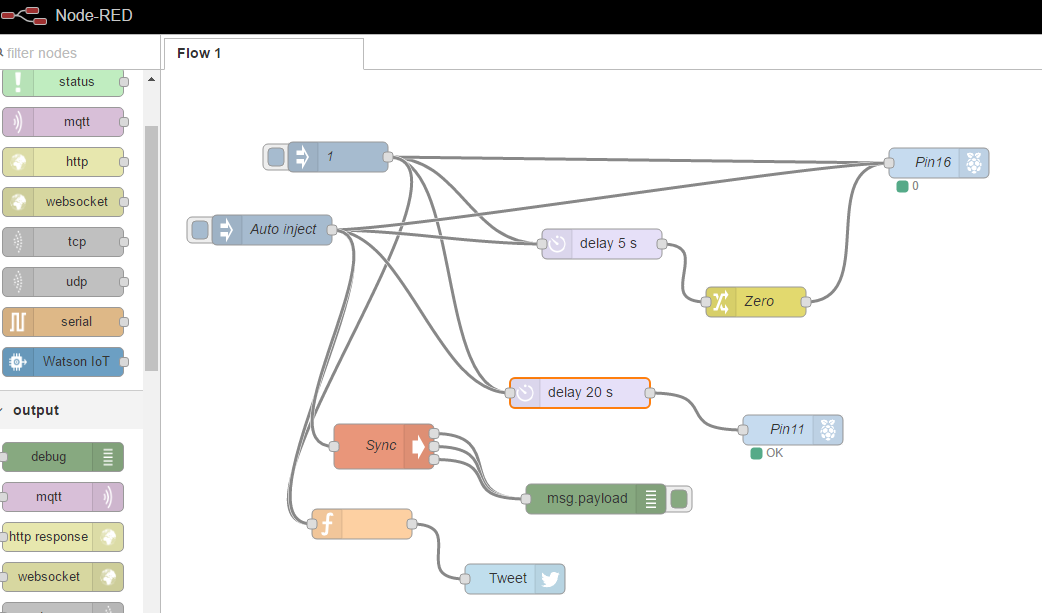 I used a #NodeRED flow to do the programming – it simply injects a 1 into the flow when it starts up – this 1 is fed to a LED for 5 secs then a delayed 0 is sent to switch the LED off.

At same time, the 1 is sent to a tweet node which tweets a message out

And then after a 20 secs delay, pin 11 is turned on and it is connected back to the Adafruit switch and turns the Pi off

The switch only consumes 0.5 microAmps when in standby mode so a set of 4 x NiMH rechargable batteries should last a good time