David Ferguson supplied the diagram below which shows a very cheap way of getting 2 motors connected safely to your Raspberry Pi. The chip used is a very cheap one(37 pence) called a ULN2003. 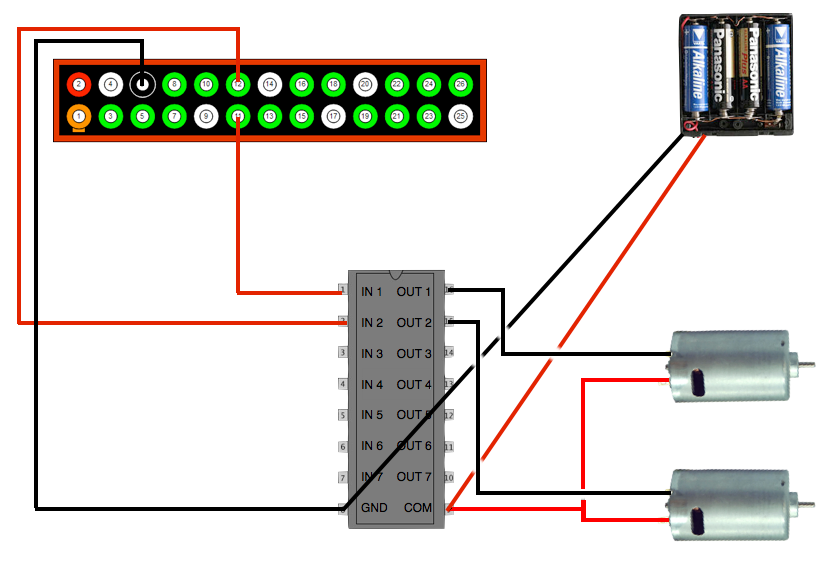 Once you’ve got your motor(s) SAFELY connected up,  to control a motor, it is usually required to be able to not just switch it on or off but to vary its speed.

Although MotorA controls pin 11 and MotorB controls pin12, you could have used variables called Motor11 and Motor12. In fact all the pins on the Raspberry Pi can be controlled in this way – to use a motor on pin 13 you would simply crate a variable called Motor13 and set that from 0-100 to control the speed

Power
As well as using the term “Motor” you can use the word “Power” instead. Using “Power” makes more sense if you are just controlling the brightness of an LED. To make an LED go from off to full brightness try this