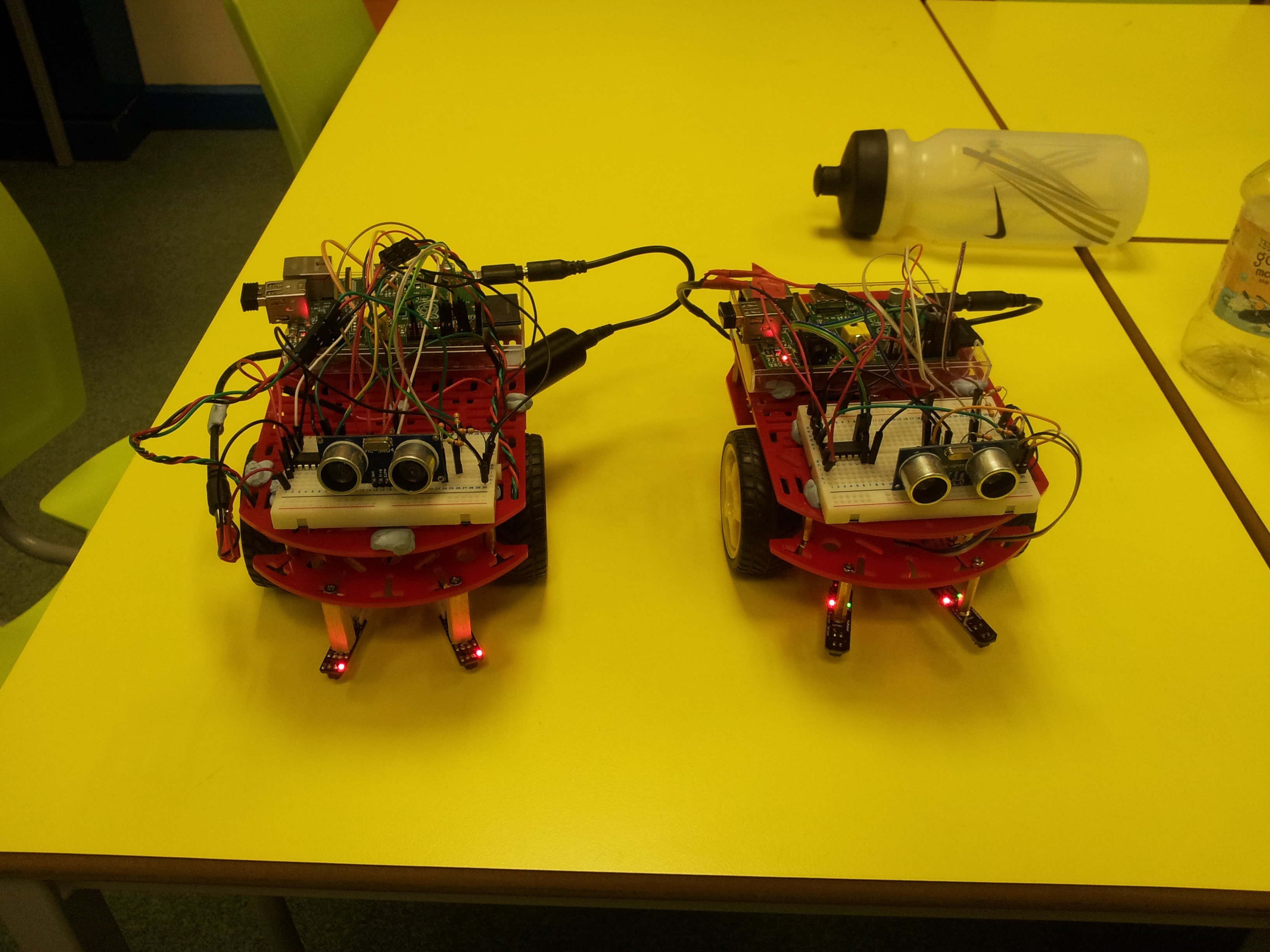 We purchased a roll of plain wallpaper lining paper and  made a couple of 3 metre runs with a black line down the middle using some insulation tape.

We tried using the same technique as the bot simulator from last week and managed to get the boys robot to steer its way down the track but it was more luck than programming.

The girls tried their robot out using the same piece of Scratch code but their robot had a different make of sensor and had a bit of trouble detecting the difference between the white paper and the black tape and weren’t so successful.

Next week, we will hopefully combine the ultrasonic sensor with the line follower and get the robot to turn around at the end of the track and come back again.